Click here to see progress:  New Fire Station to be built in 2023

The Limerick Fire/EMS Department shall be responsible for the protection of life, property, and health of the citizens of the Town of Limerick, Maine resulting from fires, accidents, hazardous materials releases, natural/manmade disasters, etc., as they may occur in the Town of Limerick.  The Department shall also respond to surrounding communities. 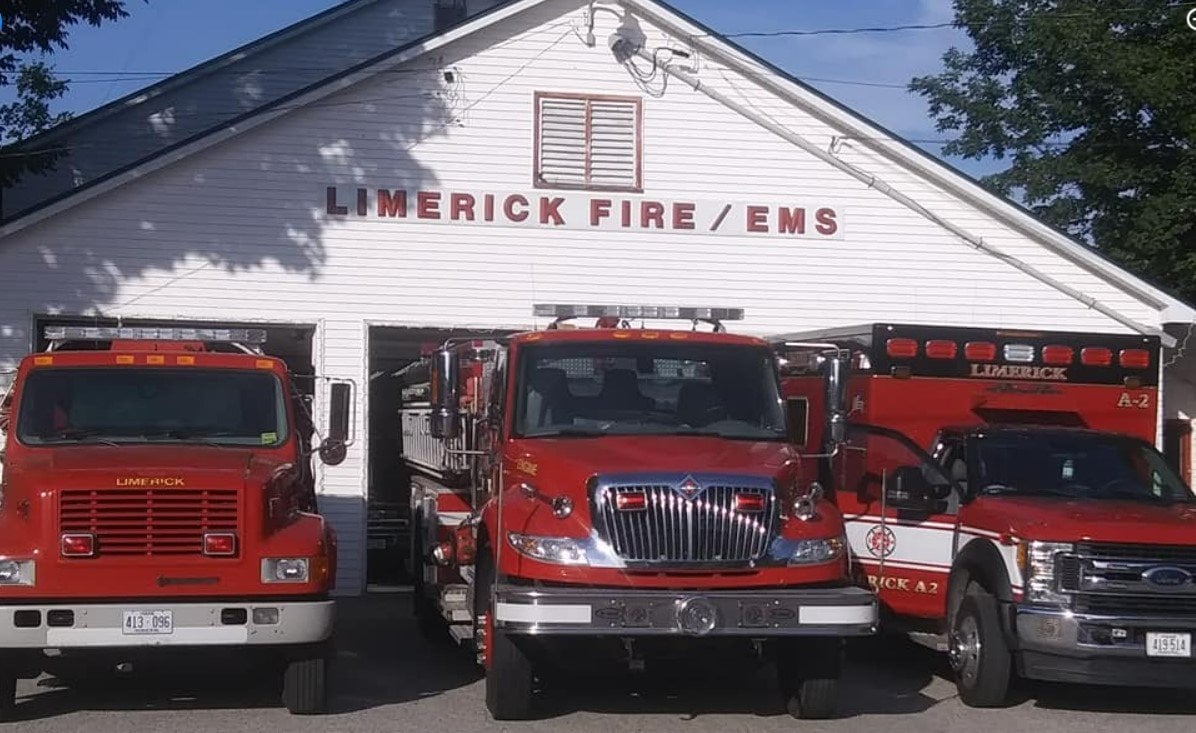 Limerick residents/taxpayers have been mailed enrollment forms for the new voluntary ambulance subscription program.  If you do not receive mail in Limerick, please email or call  Fire Chief Vincent Pelletier at  207-205-0097 or email

Limerick Volunteer Fire Department began on November 7, 1928.  The Town of The Limerick appropriated $6,000.00 for the purchase of a “Universal” combination chemical and pumper capable of pumping 600 gallons per minute.  Along with the Universal, Limerick Fire Department also had two hose companies.  In 1942, The Limerick Volunteer Fire Department purchased a Chevrolet cab and chassis, and the members fabricated a fire body.  The fire department was organized into two companies, Company A with the Universal was located at the Central Station, and Company B with the Chevrolet truck was stationed in a garage near Deepvale Tavern.  Numerous members of Company B were transferred out of town, and the two companies were consolidated to Central Station.

In 1968, the Limerick Volunteer Fire Department was recognized by the Maine Legislature for the volunteer efforts in rebuilding the fire station.

The citizens of the Town of Limerick would like to recognize and thank the many volunteers who have served the community since 1928.  Our Fire Department volunteers have saved scores of lives & millions of dollars of property, all the while giving the gift of selflessness to Limerick.